Of Houses and People

»Urban Types. Of Houses and People« is about your and our »housing.« Through house and inhabitants biographies we seek to find out: when, how, where and with whom do we live in our rooms, houses, neighbourhoods, in the city and in the world? The differentiations of our ways of living characterise our living indoors, but not necessarily our houses. We are interested in everyday practices of (in)habitation in relation to the built spaces and pose the question: Are there hidden knowledges that can unlock possible futures of living? How can we unearth, process, communicate, make available and translate such knowledges, and can we develop alternatives to the nowadays produced housing models that are often based on logics of compulsion and standards?

The notion »housing« or »dwelling« touches different fields on different scales in their respective dimensions. With »Urban Types« we look at the relations between inhabitants and their homes and houses as lived in and through everyday practices. We focus on lived housing practices and appropriations of dwellers just as much as on processes of building, transformation and additions of their housing structures. At the same time this everyday dimension includes a discussion of the national or global dimension: What kinds of housing practices exist when, how, where and with whom? How do/did they materialise in particular house typologies? What compromises, arrangements and logics determine particular housing practices? This necessarily brings the housing industry into play, as housing always expresses social power relations, inequalities and politics. If the 2000s were characterised by gentrification, the modes of displacement and exclusion of specific inhabitants, we are now seeing the housing sector’s financialisation (Sassen 2012) that further aggravates the housing question (Engels 1848). John Steinbeck’s novel »Of Mice and Men« from which Urban Types takes its subtitle »Of Houses and Men (or People)« also describes the dream of an own home for the better life. Published in 1937, the novel deals with the American Dream in the context of the Great Depression: Two have-nots, seasonal and agricultural workers, are on the road in California and dream of a better life. The smart George cares for his companion Lennie, who is strong as an ox but mentally disabled. Together they move from one farm to the next where hard work and loneliness govern their lives. They both have a dream that they share and pursue together: with their wages, they aspire to one day buy a piece of land with a house, cattle, pigs, chickens and rabbits. The drama unfolds, but in our view the tragedy today lies in the fact that the single family house, sometimes in its variation as an owned flat, still prevails as the social ideal type that people aspire to.

Especially in the current discussion that implies a global dimension of housing in the guise of often empty objects of financialisation around the world, we ask ourselves: isn’t it time we can — and must — think and understand housing differently? And do so from social, ecological and economic perspectives? What if the relation between inhabitants and their houses moves even further to the background until they disappear altogether (see »Push. Ein Grundrecht auf Wohnen« 2019)? Hence we aspire to focus attention on the uses in our format »Urban Types. Of Houses and People«; we understand housing as process and practice, as a mode of action and a fact (as something that has been done) (see wohnbund / HCU 2016).

When we talk of houses and people, we are concerned with the analysis of the lived relationship between houses and people, with experiences and practices of housing, something that finds little attention in the seemingly objective consideration on the part of housing economy and housing policy where it is reduced to numbers and stats. Therefore, Peter Marcuse emphasises specifically this qualitative aspect, drawing on the report »We Call These Projects Home: Solving the Housing Crisis from the Ground Up« (Right to the City Alliance 2010); what actual users of New York’s public housing think about their housing and their living and what kinds of suggestions they make is rarely documented or discussed. Urban Types aims to follow up these perspectives of both inhabitants and houses and to encourage thinking about these relationships. The current demand for affordable housing stands in stark contrast with the financialisation of housing. We therefore call for a consideration of the dispositif of housing that goes beyond the demand to reduce the cost of housing production or support individuals in their housing needs (see Holm et al. 2017) and instead focuses on actually lived housing practices. It isn’t feasible to uniquely discuss quantitative modes of realisation of new housing developments, we have to include in our discussions the underlying motifs, practices and relations: how do we actually live?

We start with the idea that housing and especially the newly produced housing is still conceived from the increasingly outdated perspective of the family. The famous children’s role play »Playing house« translates into »mother, father, child« in German, which points at the tight relationship between the social typology (family) and the built typology (single family house). Considering this game and its English and German denominations shows that »playing house« is never about the house and »mother, father, child« is never about the family alone. Both variants of the game are, in Colin Ripley’s provocative words, »about gender and sexual roles« and centrally concerned with working relationships (productive and reproductive labour), dependencies, pressure, power and privileges. These social relations are always also spatially, more or less materialised and mobile and always positioned in biographic situations and bodily experiences. Whereas »family« stands for a dominant normative and politically desired social model, the house (or the flat) presents the architectonic counterpart of this norm. Feminists and critical architects have critically researched and discussed the family-housing-assemblage (z.B. Dolores Hayden 2002, Ulla Terlinden 2010; Christine Hannemann 2014; Kerstin Dörhöfer 2007; Ruth Becker 2008). And although there is much talking, writing and researching about housing, and although both these (built and social) typologies were and are often questioned, critiqued and transformed, it is surprising that they still remain the usual models of our (ideal) imaginings. If we look at household data in Germany, the many households with one or two people stick out; households with 3 or more people come only third and they are not necessarily families (although there is another difficulty in the measurement of communal housing whereby people share rooms without familial relationships). Conversely, as we consider housing units that are planned and built currently, these are predominantly family housing units with the normed measurements for bedrooms, children’s rooms and living rooms (that often stem from or are influenced by the 1960s norms for housing support).

“The design of flats – the large rooms for representation, leisure time, calm and regeneration, the small ones for house work and child rearing – is framed by and privileges the male life world, despite the fact that the man spent much of the day out of the house and wasn’t present for many hours of the day. The leitbild of the bourgeois family with the father as breadwinner and the mother as responsible for the home and the children was literally petrified in the decades after the (Second World) War, cemented or cast in concrete. The living architecture mirrored the social order of the genders.” (Dörhöfer 2007: 48)

The housing question (see Engels 1848) is still tightly connected with the social, political, economic, psychological and design understandings as well as societal norms.

In this discussion, we take a fresh look at the existing housing stock in its respective usages. We are concerned with living and working in early 20th century (Gründerzeit) perimeter structures as much as with single family homes, slabs, housing estates, tenement blocks and any other typologies. The urban fabric, therein materialised numerous and partly hybrid (re)usages and processes of transformation harbour a potential that wrongly receives little attention in the current debates around affordable living, cost-effective building and structures of use and ownership.

With house and housing biographies, we pursue the motif to study and portray housing and living as practice on various scales using multiple methods (videography, interviews, observation, drawing and document analysis). We collect data material on the three scales city-block, block-house and house-room while considering the different periods of past, present and envisaged future. We seek to make the analysis and sounding out of possible futures productive through the evolving scenarios. Drawing on single case studies of buildings and inhabitants, we ask about the relationships between history, structure, materiality, construction, laws, policies, rules, norms, typologies and uses, that inhabit the existing housing stock and their inhabitants. How are the buildings constructed and built? How are they used and inhabited? What political, social, economic, family, cultural framing conditions do they express? What kinds of inhabitation structures can we discern and how do these relate to the buildings? Can we transpose house and housing biographies via the analysis of the present situation and its having becomeness, its historical development, into possible futures? What would that mean for existing sets of rules and practices? How do contemporary standards relate to individual needs? How can findings and potentials resulting from this research unfold and be made useful? The format »Urban Types. Of houses and people« enables a discussion of different urban types and typologies of living in houses. It seeks new cases, examples, contrasts, overlaps and perceptions through the everyday practice of living in houses and the active participation in research. Finally, it calls for a mutually enriching exchange between teaching, research and practice. 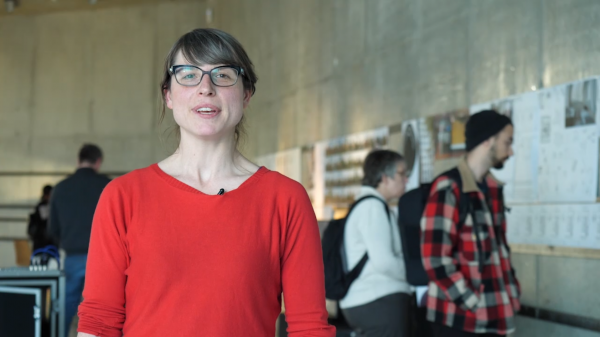